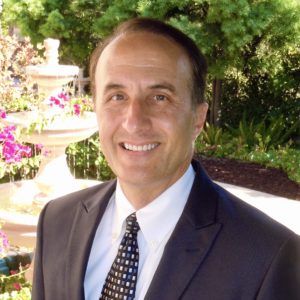 As an attorney (since 1984) and as a mediator (since 1995), Gig Kyriacou has been characterized as a “natural problem solver” by his colleagues who encouraged him to enter the field of mediation. Gig has been the driving force in resolving over 6,000 cases, many involving complex and bitterly-contested disputes. Where others have given up, Gig has used his patience, persistence and creativity, to achieve resolutions, many of the “win-win” variety. His strengths include his ability to absorb, analyze and distill complex matters, to deal with difficult parties and to resolve emotionally charged disputes. Gig has been successful in resolving well over 90% of the cases he mediates as a result of his quiet tenacity and his effective use of the process.

In 1984, Gig Kyriacou joined the law firm of Levin, Ballin, Plotkin & Zimring and became a partner five years later. In 1991, he joined the reorganized firm of Plotkin, Marutani & Kyriacou (“PMK”). PMK represented both plaintiffs and defendants in complex civil litigation matters. The dramatic growth of Gig’s mediation practice led to the opening of his own offices in 1999. Gig’s unique offices located near the Burbank Media District are designed to provide greater facilities for his services.

Gig is very active in the mediation profession. He has served on several influential committees and is a speaker on mediation topics. In 2006 through 2020, Gig has been selected by his peers as one of The Best Lawyers in America and chosen by Los Angeles Magazine to its list of Southern California Super Lawyers. In 2004, 2008 through 2014 Gig was named to the Top Neutrals in the State of California by the Daily Journal, including the Daily Journal’s inaugural list of Master Neutrals. In 1999, Gig was the only mediator selected among California Law Business’ Top 20 Attorneys under 40. In 2001, he received the Case of the Year Award from L.A. County’s Dispute Resolution Program. In 2000, Gig received the Volunteer of the Year Award from the Los Angeles Superior Court.